So, ..you want to become an Ultralight Pilot?

First off, apologies to our foreign friends but please note that the Canadian UL-PP, which is described below, can only be used in Canada for recreational purposes.

Let me start with a little History

On or about in 1985 while driving the TC east of Kamloops I was sidetracked by a lot of activity in a field. There was a bunch of cool looking little aircraft parked, something one might consider an office and a few small hangars. Being drawn by the Beavers, Birdman's and Lazair's buzzing around with their smoky and screaming 2 stroke engine over that field I decided to stop in and take a closer look. I was somewhat intrigued by what one witnessed and little did I know how this short stop-over would have an affect on the rest of my life. Add to this a visit to the Vancouver Home Show about the same time and the display of a CH-701. I can't recall if I actually talked to Chris Heintz at that time but whoever it was, it really set me off onto this now 30+ plus year of Kitplanes subscription and my path of aviation. To be able to build and fly ones own airplane is just something that will never grow old with me. But how times have changed.
It was no doubt a bit of the wild west what recreational aviation concerned in those days, little training needed, "..buy a kit from me and I'll teach you how to fly it" and new designs popping up like unicorns in a magic irrigation pipe and sailcloth forest, with each and everyone claiming the performance of a Cessna 185 with the operating cost of your Grandpa's trusty old Taylorcraft.
But best of all in those days, there was no tall wire fences, no "Keep Out" signs, keyed gates and locked hangars, all of which has turned us into a somewhat "privileged access" lot of individuals. There were a lot more active airports,  farm fields, pilots, schools and training across this great land then now. UL Flight Training in those days was simpler, basic and if you had an RX 350, 550, 650, Lazair, Chinook most likely a few hours of dual would send you on your way.
Over the years and plagued by numerous fatal accidents the industry and Transport Canada, realizing some of the same re-occurring problems, lack of organized training being one, decided to restrict this wild west mantra somewhat with a few rules. And so we got the BULA, AULA, Flight Instructor Training, Flight School registration, LAMAC, "Fit for Flight", Passenger Carrying, ..and the list goes on, which brings us to today. 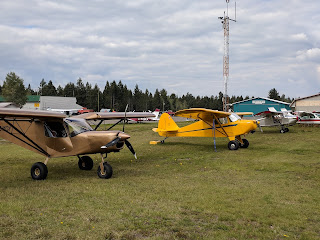 My first question to any prospective new student is generally what the "Mission Profile" is going to look like? What are your dreams, expectations, realities? For starters, the basic ULPP only allows you to either fly by yourself, with an instructor or with another licensed pilot. The MTOW (here starts your training :-) ) is either 1200 lbs in the GA, Homebuilt/Experimental, BULA and/or 1232 lbs in the AULA category. Unlike in the US we don't have the no license UL aircrafts nor do we have the LSA's with the higher gross weight of 1320 lbs. Anything you fly in Canada will need a license of some form and fashion.
Next and here comes the big one, do you want to rent an aircraft or are you planning on having your own. Simply put and not to burst your bubble, but there are less and less options to rent an ultralight aircraft in Canada. So this immediately makes flying UL's for a rather serious financial commitment up front. However it will also save you some money, especially if you compare it to the cost of getting a Private Pilot License (PPL) via the rental route. It could account for almost a third of your potential UL aircraft acquisition.  The biggest benefit of having your own is that you are building time in what you will be flying, you will have a better understanding of the aircraft, an easier time getting insurance and a whole slew of other benefits. Now, don't just rush out and buy an aircraft before making that phone call to your instructor and/or flight school as not all aircraft are set up and suitable for training. Also not all flight instructors are current on all models. Tailwheel aircraft being a big one! Do your research, surf, call, gather as much info and understanding as possible before spending your hard earned cash.

Once you've decided on a Flight School/Instructor, go for an introductory flight lesson, and see if this is really for you. Meet the folks in person, come prepared, bring a written list of still outstanding questions if needed, systematically work through them and see if this will bring you near the anticipated "Mission Profile", whatever it may be. All training consists of two basic parts, the flight training, which is the fun part, and the much threaded Ground School which is the not so fun part of getting your license or permit. My general recommendation is to sign up for on line Ground School, the cost is about the same as your Introductory Flight and to state it very clearly, ..if you can't finish your ground school, for whatever excuse you may try on your flight instructor, you can't write any exams, and for that matter will not receive a sign off or LOR.  I've seen this done in as little as 5 weeks and as long as 5 years. In the past you could sign up for weekend courses but as a fellow instructor put it so nicely; it's like drinking from a fire hose, only so much goes in. On-line allows you to work through this rather dry material at your own pace. 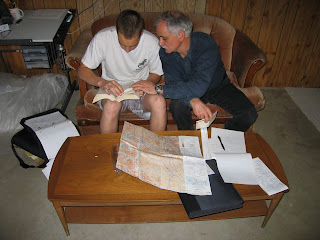 Remember, you will occupy the same runways, airspace, circuit and being held to the same quality of radio communication as a private or commercial pilot. ULPP's are not an excuse for not understanding half the things around an airport. Once you are nearing the completion of your on-line training, this will be a good time to get serious about the flying. Most students, subject to the complexity of the aircraft and their own ability will finish within about 16 to 25 hours of dual training. It only takes 2 hours of Solo Flight to complete your license and get your LOR and SPP signed off. Ideally, if you can book out 2 x 10 days to concentrate on finishing your ground school and flying, you will be much faster to finish than doing it over a longer period of time. Another common mistake, don't fall short in the beginning of your training, learn to fly properly versus rushing towards your Solo, scaring yourself badly the first time out alone and having that bad one experience forever ruin the rest of your flying career.

There is many benefits to switching to the lighter side of aviation. For one, flying in the winter on skis you don't nearly get stuck as often and as badly as guys with their Supercub's, Citabria's and 170's. For playing on floats, you'll love to have an aircraft that doesn't need a bunch of folks to beach, dock, or launch. However, no matter which configuration the aircraft is in, get some training. There is no formal Float Rating, Ski Rating, or Tailwheel Rating for Ultralights. In either case, get some training, ..did I mention to get some training. Most likely your aircraft flies and behaves about the same in the air, given floats, wheels or skis. On the ground it is all together a different story, waves, winds, docks, boat wakes, shallow rocks, wind ripples, snow drifts, buried trees, overflow, flat light, glassy water, upwind, downwind, updrafts, cats paws, down drafts, hay stacks, both kinds, liquid and biological,  ..do I need to go on? Training, training, and more training. Don't just finish your permit and think you've done it. Flying is a very demanding sport, financially, timely and mentally that needs a constant honing and re-affirming of your skills. The best pilots are those who fly often with the least stories to tell. 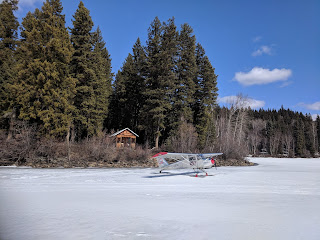 As for the fun part of flying UL's? I wont even go into the access a little Chinook, CH-701 or Kitfox can provide versus a GA, ..no matter how big the tires and STOL sticker on the side. Yup, and there is the fuel economy of a Rotax 912. I rest my case. But there will be a time when your wingman can't make it. Luckily you've just rolled in a whole bunch of hours on your own, ..at least 25 or so. Now you may want to look into getting your Passenger Carrying Endorsement. If you are sticking with the UL's, by all means, upgrade your permit with the PCE. If you are thinking that you may want to upgrade your aircraft in the future (only to forever regret selling your Kitfox) to a GA, you may want to entertain the option of a Recreational Pilot Permit. It will allow you to fly "regular airplanes" with a (1) passenger such as the Cessna 172, PA18, Citabria, etc. Which is a good thing, that one passenger I'm talking about, ..because they can help you dig out from the overflow, dock, beach and heave you up another Jerry Can of overpriced 100LL.  Just sayin..  :-), ..no really, it's a good thing :-), ..after all spouses love Jerry Can heaving. I actually think it's one of their favourite Sunday on the Airport past times.  ;-)

I know why I'm still, after all those years, like the UL category. For one, it's the least infringed category and freedom of flying in Canada. To build your own plane. To maintain your own plane. To modify your own plane to suit your needs. Not having to comply with every service bulletin ever written, buying every expensive part ever made, but being allowed to experiment with the latest and greatest technologies in aviation. In recent years the true innovation in aviation has happened in this broad spectrum area of experimental/recreational aviation. But it is not for everyone, as with this freedom there is additional risk in dealing with the unproven and non-certified. I fully respect that! It will most likely satisfy those select few that rather build than buy, that don't mind being self  responsible for their equipment, maintenance and actions. 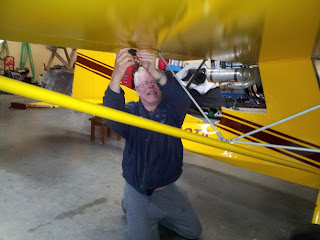 As for recreation, in my opinion, its the category of choice! It's the hidden lake or airstrip to paved runways, the quiet farm field in the morning to hustling, bustling FBO's for lunch. It's the "Pilot's Cave" and all the help and opinions one could ever ask for versus the costly AMO.  Maybe its time to make that first step into recreational aviation, or maybe you just want to re-kindle an old passion, now that you have the time. Whatever your Mission Profile might be, maybe its time to pick up that phone and get serious about it. After all, every journey starts with a first step and every flight with a taxi to the runway. Why not taxi towards some additional freedom in the UL category?

Posted by Willy Trinker at 1:42 PM No comments: